The specific objectives of the project are:

The project acts on different levels and settings: 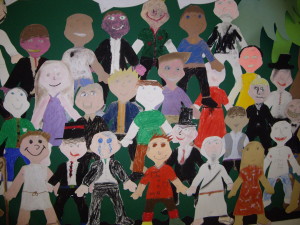